With today’s lubricants, special filters, and oil analysis, it’s entirely possible to extend the interval between oil changes on many diesel engines. Our oil analysis gives you the facts you need to know. Take the guess work out of changing your fleet’s oil and maximize your profit by using our oil analysis to determine exactly when the oil needs changing. Although the improvements in lubricants and special filters extend the life of the oil in your fleet, there are still factors that will limit the maximum oil drain interval. Our laboratory tests provide you with an oil analysis that helps you determine which six factors may be affecting your engine's oil life.

Of these six factors, the one that reaches its maximum limit first is called the limiting factor. The oil will have to be changed at that time regardless of the status of other factors. Each of the factors is discussed below. The discussion first describes the factor, tells how it takes place in an engine, lists the possible damages to the engine, and then outlines how to prevent this factor from limiting the oil change interval. These factors include: 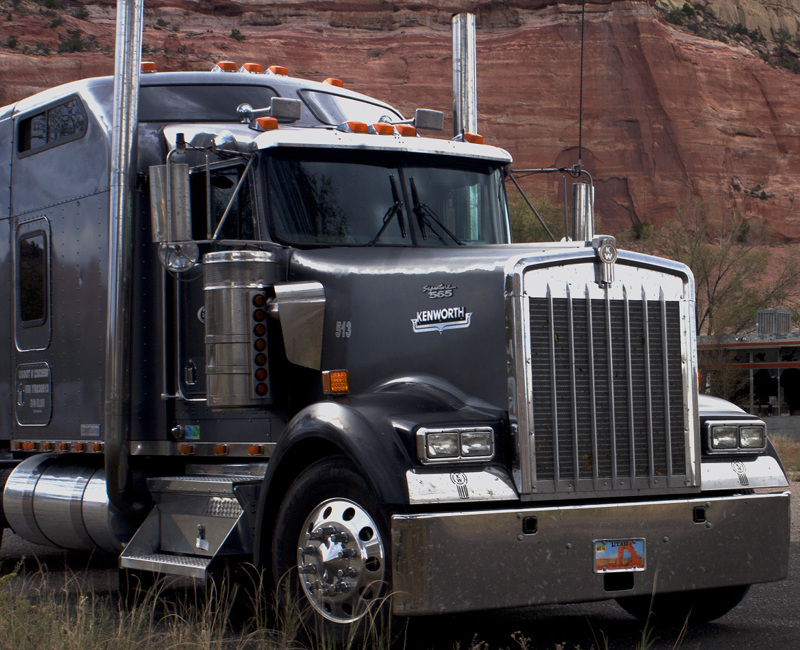 The % solids are the total amount of particles that are suspended in the oil. The particles consist of soot, oxidized oil, dirt, and other engine deposits. These solids are in the oil due to the high detergent in today’s oils. The detergent surrounds these particles and holds them in the oil. This works much like hand soap. The soap surrounds the dirt and carries the dirt away as the hands are rinsed. In the same manner, the oil’s detergent holds the particles until the oil is drained. Along with the detergent, a dispersant is in the oil to keep these particles dispersed throughout the oil until it is changed. The detergent picks up the particles before they are large enough to be filtered by the engine’s main filter. (Cut open a main filter and notice that it only removes the "sticks and stones".)

Anyone who says their oil still looks clean when they change the oil is probably not using a good detergent oil. This is similar to washing dishes in the same water all week and bragging about how clean the dishwater looks.

The % solids become a limiting factor in the oil’s life when the particles start to interfere with the oil’s ability to lubricate. Most engine manufacturers state the solids should not be above 5%. However, we have noticed substantial improvements in wear reduction if the solids are kept below 2%.

A % solids test is included in most basic oil analysis tests. The values are generally reported as % solids by volume.

A bypass filter may prevent the solids from becoming the limiting factor in the oil’s life by filtering many of these small particles.

Sulfur acids in the oil are corrosive to engine parts and must not be allowed to reach damaging levels. The most common sulfur acid is sulfuric acid (commonly called battery acid).

Oil companies realize that this acid will be a problem, so they put additives into the oil to neutralize the acid. A “base” (the scientific word for alkali) is added to the oil since a base will combine with an acid to form a neutral substance. The oil will need to be changed before all of the base is used-up leaving any additional acid unneutralized.

Oil is oxidized when it is exposed to oxygen and the oxygen joins the oil. This is similar to the way iron oxidizes and forms rust when it’s exposed to oxygen. As oil oxidizes, it loses some of its lubricating properties, which means the engine parts wear at a faster rate.

Oxidation is measured with an infrared scan. The values are stated from 0 to 100+ in the same way the values for sulfur are reported. A value of 80 means that the oil’s life is 80% used up. While, a value of 110 indicates that the oil was run 10% too long.

Soot comes from incomplete burning of the fuel. Some soot is always present in an engine’s exhaust. Therefore, the blow-by exhaust will carry some soot into the oil. Worn piston rings, lugging, plugged air filter, bad turbo charger, etc. will lead to more soot in the oil. Soot limits the oil’s ability to lubricate and accelerates engine wear.

Soot is included in the % solids test and can also be measured by an infrared scan. The infrared test for soot gives values as % soot. Typically engine wear is reduced if the % soot is kept below 1.5%.

If a laboratory test finds that soot is the limiting factor in the oil’s life, a special filter system may remove the soot. Controlling the soot from forming by cleaning the injectors, adjusting valves, or overhauling the engine may also extend the oil’s life.

Oil is a petroleum product and petroleum products include anything from gasoline on the light end to tar on the heavy end. Consequently, oil also is made of lighter and heavier parts. During the long exposure to high temperatures in an engine, some of the lighter parts will evaporate, which leaves the heavier parts. This, along with oxidation and soot, causes the straight weight oil to thicken with use.

You may notice that some engines will start to use more oil at about 15,000 miles with multi-weight oils. This is because viscosity improver shearing causes the oil to thin.

Engine problems such as: an anti-freeze leak into the oil, bad air filter allowing dirt to enter the engine, fuel leaking into the oil, water in the oil, or a mechanical failure are all factors that require an oil change along with the necessary repairs.

These factors all present useful information when choosing oil type and filters for your engine. An oil analysis and laboratory tests from Mid Continent Testing can help you determine how to extend the life of your oil drain. Here are two examples:

The primary purpose of an oil analysis program is to spot these types of problems before they become critical to the engine’s life, which saves money on costly repairs. Regularly taking oil samples and keeping accurate maintenance records will keep the severity of these problems to a minimum.

If you have any questions or are looking for more detailed information about our services,